One of our first adventures was going to Maine with my boyfriend’s sister. We had been dating about four months at that point and the invitation came at the last minute. Although we had tickets to go to Little Women in Ithaca for that same week, we chose a week of Acadia over a night of theater.

His sister had reserved a one room cabin at a Deer Isle hostel. The hostel was located deep in the back woods of the island, and in true New England hippie fashion, was run almost entirely on solar power. It boasted one rustic main building in which the bulk of the lodging, a simple rustic kitchen, and a common area were located. There were also three out building cabins: two that were single bed, only one that had multiples. The multiple cabin was the one his sister booked for us. It was also the one that was most remote on the property. Our immediate neighbor was a wooden platform on which a yurt had been set up and to which, I don’t recall, anyone visiting during the week. Our next closest neighbors were coyotes that would yip and bark in the dead of night.

The draw of the homestead style hostel was electric free living (aside from some solar lights and battery packs to charge our phones that received little service on site). They served communal dinner meals, which they encouraged guests to bring dishes or ingredients to share— vegan, of course. There were three– composting?— outhouses. These were basically a wooden frame built around a bucket that could be removed and emptied. Next to the wooden toilet was an ever-present feed bag filled with wood chips. This was how you “flushed.” Once your business was complete, you took two or three scoops of wood chips and covered things up. The sinks consisted of a metal bowl and a large orange water cooler (like you see lemonade in at summer parties); you filled the bowl with water, squirted a bit of soup, washed off, and when complete, opened the door and tossed the water onto the ground.

I’m not sure how environmentally friendly all of this was, but I could see city-types falling for the rustic = green misnomer.

The only shower available was an outdoor shower, and because I think certain hippie types are also nudists, it was laughably easy to see through the gaps in the wooden slats that were supposed to give you privacy. One afternoon I was showering when the owner went by with a tour of new guests, and I actually made eye contact with one of them. I thought, “Geez, if he can see my eyes, what else can he see?”

The shower was an interesting system. It even had hot water heated by running coils and coils of hose through compost mounds that were nearby. The water pressure wasn’t much though so there were two spigots at the bottom of one wall where you got the water. The shower was a metal watering can that clipped into a pulley system. You would fill the can, clip it in, adjust to height, and then tip it over yourself. Tip, lather, tip, rinse, fill again, and repeat. It reminded me of what my mom always called a “sailor’s shower.”

The hot water left you smelling faintly of compost. I noticed it one night on my boyfriend when I went to hug him, but when you’re young, you don’t worry about those types of things. You’re there for the adventure.

I tried wine for the first time. This sickly-sweet red wine, and I remember sitting on top of a boulder just outside our cabin feeling the world grow just a bit fuzzy and trying to decide if I liked it or not. We took a three a.m. drive in the fog to try to watch the sunrise on Cadillac mountain— only to find a maelstrom of wind driven pea soup swirling at its summit. We stumbled around in the fog and the headwind for a little while, and somewhere just beyond one of the lookouts, I saw the trails of vapor part to reveal two people standing there. A man and a woman. The man was down on one knee, obviously asking her to marry him. At first, I thought, “Oh, that’s kid of sad. He didn’t get the beautiful sunrise.” But the wind-tortured fog gave them this beautiful privacy, a sort of serenity, as if they were in a snow globe and the furry of the weather traveled only on its circumference.

I remember backing away, and they disappeared again into the elements.

I tried not to, but I backed away into half-nervous, half-excited wonder at how such an event would unfold for me and where he would choose. You try not to have too concrete of an imagination about such things when your relationship is so young, but at times it just broadsides you. It makes you shiver and then you wonder if you’re superstitious.

This Maine adventure is where I discovered— or at least, planted the seed of— my enjoyment of breweries and beer tasting. We went to my first brewery on that trip, and I can’t recall if I had my own flight that first time or if I shared with my boyfriend. They had this one blueberry ale that was delicious, and the girl who served us was friendly and told us all about Maine’s craft beer scene.

We hiked. We found out of the way places to eat. We went to local farmer’s markets and poked around inside tiny libraries housed in Cape Cod style houses. We found breweries people ran out of their basements and bakeries that were in the front rooms of their homes. We ate lobster roll from a food truck overlooking an inlet on one of the islands. And we stopped at antique shops that were run out of three story barns.

The whole trip it felt as if time would never run out, as if all of life would be filled with golden August days and new flavors, the sights and sounds of new places. Time stretches into infinite possibility when you’re at the start of things. 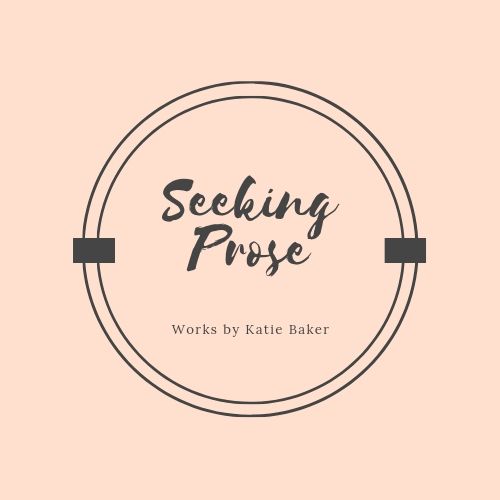